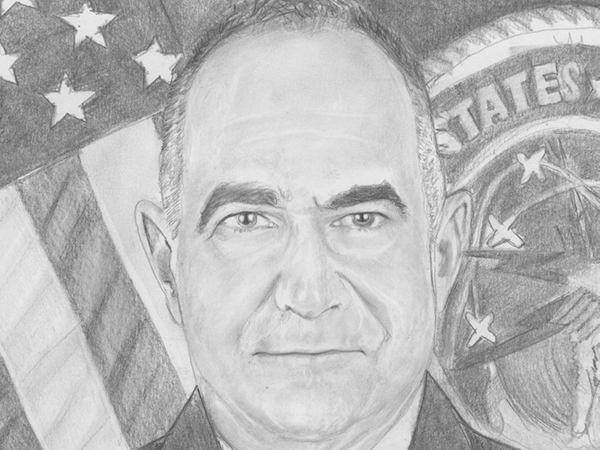 In a career of service in the nation’s defense, Admiral Charles A. “Chas” Richard has risen to command all United States nuclear forces. A four-star admiral, Richard is charged with upholding and executing the nation’s strategic deterrence mission.

Richard was unanimously confirmed by the U.S. Senate in October 2019 as Commander, U.S. Strategic Command, at Offutt Air Force Base, Nebraska. He is responsible for one of 11 Unified Commands under the Department of Defense. USSTRATCOM is responsible for the global command and control of U.S. strategic forces to meet decisive national security objectives, providing a broad range of strategic capabilities and options for the President and Secretary of Defense.

He received a bachelor’s degree in electrical engineering from The University of Alabama in 1982 with honors, later earning master’s degrees from the Catholic University of America and the Naval War College, also with honors. While at UA, Richard accepted a scholarship from the U.S. Navy for their Nuclear Operator Program.

After college, Richard joined the U.S. Navy and served on nuclear attack submarines, rising to command of the USS Parche as well as Submarine NR-1, then the U.S. Navy’s only nuclear-powered, deep-submergence submarine.

He has held a variety of positions critical to the nation’s defense. In 2018, then-Vice Admiral Richard took command of Submarine Forces at Naval Base Norfolk, Virginia. In this role, he was responsible for all the Navy’s submarines, to include all attack, guided missile, and ballistic missile submarines.

His other flag assignments include Director of Undersea Warfare at the Pentagon, Deputy Commander of Joint Functional Component Command for Global Strike, and Deputy Commander, both at U.S. Strategic Command. He also served as Commander, Submarine Group 10 in Kings Bay, Georgia.

Staff assignments include service as the executive assistant and naval aide to the Under Secretary of the Navy; Chief of Staff, Submarine Force Atlantic; and command of Submarine Squadron 17 in Bangor, Washington. Other staff assignments include director of resources on the staff of the Secretary of Defense, squadron engineer on the staff of SUBRON-8, and duty on the Deputy Chief of Naval Operations in Submarine Warfare. He has also served as a member of Chief of Naval Operations’ Strategic Studies Group XXVIII, studying the integration of unmanned systems into naval force structure.