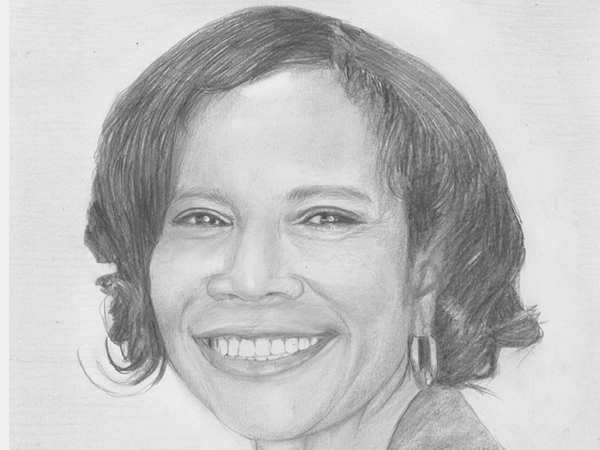 Beverly Banister served her country and her neighbors across the Southeast by protecting human health and the environment. Her career was devoted to boosting the lives of millions of Americans by improving water quality, reducing smog, cleaning contaminated land, and ensuring the safety of chemicals in the marketplace.

As Deputy Regional Administrator for the United States Environmental Protection Agency, Region 4, Banister provided leadership on the implementation and direction of EPA programs in the Southeast, including critical projects in Alabama. She dedicated 36 years to working for her fellow citizens through the EPA where she steadily rose to emerge as a national leader in efforts to safeguard the environment.

She retired in 2020 as the No. 2 EPA official for the Southeast where she was recognized with EPA’s 50th Anniversary Lifetime Achievement Award that honored Banister’s exceptional career, which demonstrated innovation, collaboration, and integrity.

Banister, a native of Woodland, Alabama, graduated from Auburn University in 1983 with a bachelor’s degree in chemical engineering and joined the EPA. She began her career cleaning up hazardous waste sites where she conducted the EPA’s first ever in-house remedial investigation and feasibility study, a process that guides how EPA conducts cleanups.

As Director of the Region 4 Water Division, Banister provided executive leadership to the EPA’s most diverse national water programs and spearheaded the acceleration of establishing standards for impaired bodies of water across Alabama and the SE. She spearheaded efforts to build a consensus building process to protect and restore the Mobile Bay Estuary, an ecologically important habitat.

Following her tenure in the Water Division, she became the Director of the Air, Pesticides, and Toxics Management Division for R4. Banister’s leadership resulted in 45 areas, including cities such as Atlanta, Charlotte, and Birmingham, now meeting air quality standards and millions of people breathing cleaner air. In addition, Alabama achieved statewide attainment for all health-based air quality standards.

She has also presented to international audiences on numerous topics including traveling to Shanghai, China, to support air quality planning in preparation for the 2010 World Cup.

Banister promoted the engineering profession by establishing the first Women in Science and Engineering chapter in her region and is an active supporter of engineering education at Auburn, including its 100+ Women Strong program that seeks to recruit, retain, and reward female students in Auburn Engineering. Over her career she has mentored hundreds of students and colleagues.

She has been recognized within the Agency with the EPA Administrator Certificate for Career Achievement, the 2019 Lean Government Improvement Award; the 2017 Ira Leighton Leadership Award, the 2010 Distinguished Presidential Rank Award, Bronze Medals for Commendable Service in the Air and Hazardous Waste Programs, and other leadership and achievement awards.