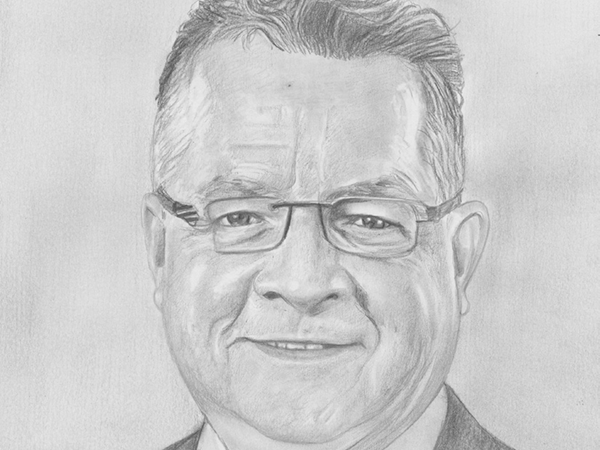 David A. King has more than 35 years of experience in space systems development and operations, performing key roles in the nation’s space flight programs and helping the state of Alabama’s aerospace industry flourish.

He is currently President of Dynetics Group, headquartered in Huntsville, leading more than 4,000 employees from 10 states. A wholly owned subsidiary of Leidos, Dynetics provides responsive, cost-effective engineering, scientific, IT solutions to the national security, cybersecurity, space, and critical infrastructure sectors. His tenure at Dynetics began after 24 years of dedicated service at NASA, which included directing the Marshall Space Flight Center in Huntsville.

King received a bachelor’s degree in mechanical engineering from the University of South Carolina and later earned a master’s in business administration from the Florida Institute of Technology. He began working at NASA in 1983 in the Space Shuttle Program at Kennedy Space Center in Florida, performing duties of increasing responsibility on more than 100 missions.

From 1998 to 2002, King was the Director of Shuttle Processing, responsible for the leadership and technical expertise necessary to prepare the Space Shuttle fleet for launch and landing while implementing major budget and workforce reductions. This included all aspects of the engineering management and overseeing a team of 500 NASA employees and 5,000 contracted team members with a $500 million annual budget. As Launch Director for eight successful missions, King executed all aspects of the launch campaign and had the final decision committing the Space Shuttle vehicle to flight.

For his excellent work in Florida, NASA tapped King as Deputy Center Director of Marshall Space Flight Center where he provided day-to-day leadership and management. During this time, he was also tasked to lead the recovery operation of the Space Shuttle Columbia accident. From this work, the agency was able to determine the exact cause of the accident and return the Space Shuttle to flight.

In 2002, NASA selected King as Director of the Marshall Space Flight Center where he made decisions over 17 percent of the agency’s $2.7 billion budget and managed large portions of the Space Shuttle and International Space Station, along with other programs. He established a comprehensive management system for the center, enabling informed business decisions and building a strong management team.

King joined Dynetics in 2009 as Executive Vice President and Manager of Integrated Systems and Special Programs. Four years later, he was named President and, in 2015, Chief Executive Officer and member of the board of directors. After the acquisition by Leidos, King remained as President and also oversees the Leidos Innovation Center with 1,200 employees in four locations in the United States. King has steered the operation to become a rapidly growing manufacturer of hardware products and systems, many of which are critical to national security and helping Alabama become a leader in the areas of hypersonics, directed energy, and space systems.

King is an AIAA Fellow and recognized for his leadership and technical achievements that include the National Space Club Goddard Memorial Trophy, the NASA Medal for Distinguished Service, two NASA Outstanding Leadership Medals, and the Distinguished and Meritorious Presidential Rank Awards as a career senior executive.