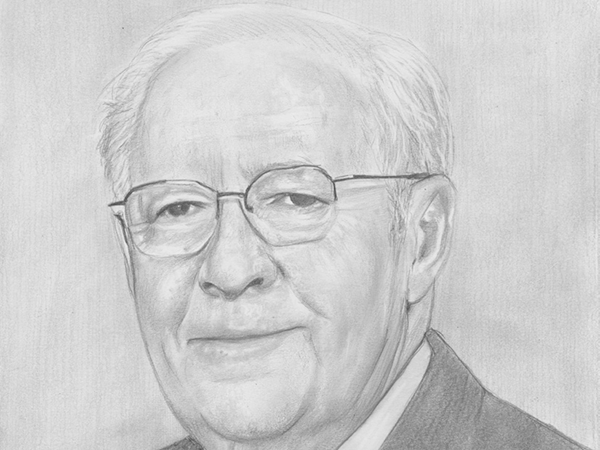 Herschel A. Matheny pioneered new paths for innovation in Huntsville by showing small, local companies could engage in complex engineering projects needed to advance the nation’s aerospace and defense programs. In co-founding Dynetics, Matheny was the father of the small business aerospace defense industry in Huntsville.

Using the benefits of the G.I. Bill after his service in the Korean War, Matheny attended Snead Junior College and then The University of Alabama, graduating in 1957 with a bachelor’s degree in industrial engineering. He worked for Reynolds Metals Company, Alloys Plant, after graduation until he joined Brown Engineering Company in Huntsville in 1960.

He began at Brown as an engineer and began taking on roles of greater responsibility involved in NASA and U.S. Army contracts. He was eventually assigned to Brown’s research organization with responsibility for developing and controlling all Army contract activities. After the company was purchased by Teledyne Inc., Matheny developed a winning proposal for a contract working on ballistic missile defense.

Within the industry, there was an emphasis placed on “small business set aside” contracts, so Matheny and his partner Dr. Steve Gilbert guaranteed their homes and other personal assets to gather the capitalization needed to form Dynetics in 1974. They envisioned the company becoming a world-class expert in radar systems engineering and ballistic missile defense.

With a growing, but small, collection of engineers, Dynetics expanded its expertise, winning a sole-source contract in 1975 with what is now known as the Missile and Space Intelligence Center. In 1976, Dynetics won its first competitive contract that focused on signal processing. During the same year, the company appeared on the cover of Aviation Week Magazine for solving the mystery of why Soviets used a certain waveform.

The growth continued, and, in 1984, Dynetics was the first company to build in Cummings Research Park West, now one of the largest research parks in the country. The company now operates out of several facilities in the park.

To hold off larger companies from purchasing Dynetics, Matheny and Gilbert offered company stock to employees, a first in the Huntsville market. Matheny sold his ownership to the employees and retired in 1989. In 2020, Dynetics sold for $1.65B.

Honors for Dynetics while he was Chairman of the Board and President include being named the Small Business Administration Region IV Prime Contractor award in 1982, the James S. Cogswell Award by the Defense Counterintelligence and Security Agency in 1981, and the BDM Patriotic Civilian Service award in 1981. Matheny was also honored as a Distinguished Engineering Fellow by The University of Alabma in 1987, and he was awarded an honorary doctorate from the Southeast Institute for Technology.