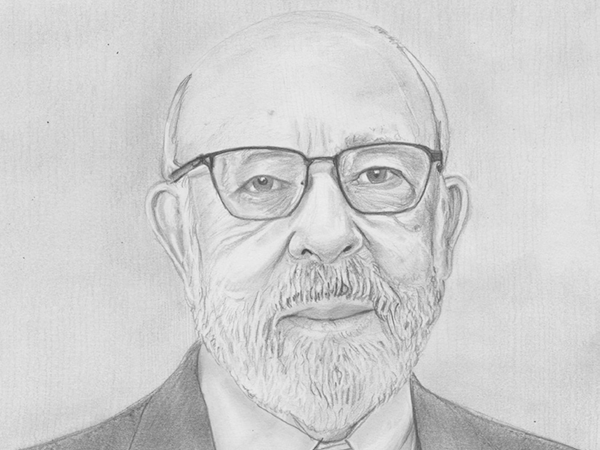 Through his 60-year career, John W. Thomas has been instrumental in critical space programs that pushed the boundaries of human knowledge and achievement. The United States space program would not have achieved many of its objectives without the expertise and steady hand he provided, work that bolstered the reputation of Alabama’s aerospace industry.

Currently a consultant with Lee & Associates, a division of QuantiTech, Thomas’ work at Marshall Space Flight Center, Lockheed Space Operation and Missiles and Space, and as a consultant meant he was involved in the Apollo Program, Skylab, Spacelab, the Space Shuttle Program, and the Space Launch System, among others.

After graduating from Auburn University with a bachelor’s degree in mechanical engineering in 1960, Thomas worked briefly for the Army ‘s Redstone and Pershing Missiles before joining NASA in 1961 at the Marshal Space Flight Center, where he worked on the H-1 Engines used in the Saturn IB rockets, the predecessor to the Saturn V that delivered humans to the Moon. He was static test conductor and managed the development for uprating the engine from 165,000 to 205,000-pound thrust levels.

Later in the 1960s, Thomas served as a lead systems engineer for Skylab, the nation’s first space station, from its development, its launch from the Kennedy Space Center, and flight operations at the Johnson Space Center Mission Control. In 1973, he began a long tenure with the international NASA/European Space Agency Spacelab Program, eventually selected to manage the program.

In 1986, in the wake of the Space Shuttle Challenger tragedy, Thomas led the accident investigation and led the redesign and recertification of the Solid Rocket Motor, the cause of the Challenger accident. Shortly after returning to flight, the Orbiter returned with severely damaged thermal protection tiles that protected the vehicle during reentry into the Earth’s atmosphere. NASA halted the Program and turned to Thomas again to oversee an investigative team to determine the cause. His team successfully determined that the Booster’s thermal protection material was the cause. The material was applied differently on all future Boosters, which prevented damage. The Shuttle was quickly returned to flight status.

After a productive career with NASA, Thomas joined Lockheed Space Operations at the Kennedy Space Center in 1989 as Vice President and Site Director, managing preparation, launch, and recovery of the Space Shuttle. He was then reassigned to become Vice President and Program Manager to convert a nuclear power plant into a manufacturing facility to design and produce an Advanced Solid Rocket Motor for NASA in north Mississippi. Just as production was beginning, NASA stopped the Program as the Challenger Motor was flying safely. Later, he became Vice President and General Manager of a multifaceted service contract for NASA’s Stennis Space Center that included professional, technical, and administrative employees that provided a wide variety of technical and business management services to Stennis and its resident government agencies.

He retired from Lockheed Martin in 1998 and began private consulting. His projects included a team to review the New Horizon’s Pluto Mission and make recommendations to right the program to ensure it met the launch window. He also consulted on the NASA Mars Space Launch System, assisting in critical design reviews in only three years and was instrumental in solving technical, schedule, and management issues.