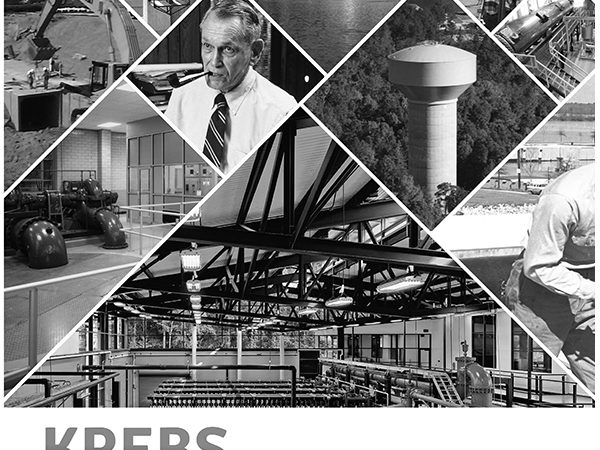 A leading provider of professional engineering services to public water and wastewater systems over 90 years, Krebs Engineering Inc. has played a critical role in delivering clean, affordable drinking water and improving the water quality in streams for the people of Alabama. Krebs Engineering has a consistent record of developing innovative and effective solutions that balance the long-term technical needs of a community’s water and wastewater systems with the best interests of their customers.

Founded in 1926 as Polglaze & Basenburg Engineers, a partnership, in Birmingham, the partnership is one of the oldest continuously operated engineering firms in the state, as evidenced by one of the founding members, Richard A. Polgaze, having Alabama Professional Engineer License No. 3. In 1945, Paul B. Krebs joined the firm and soon after was tapped as principal engineer. By 1960, Krebs became the majority owner, and with continued growth, the firm became a corporation eleven years later when the name was changed to Paul B. Krebs & Associates, Inc.

Since its founding, Krebs Engineering has worked for more than 90 communities in 44 counties across Alabama. Among the projects include several that were key to the progress of the municipal water and wastewater engineering industry in the state such as the first series operation of trickling filters in Opelika in 1950, the first activated sludge wastewater treatment plant in Anniston in 1954, the first advanced (high) rate water filters in Decatur, the first advanced wastewater treatment plant that met enhanced effluent BOD and TSS limits in Decatur in 1966, the first composite water storage tank in Opelika in 1997, the first water resource facility with LEED certified components in Opelika in 2015 and the first Bio-solids Dryer using Bio-gas to fuel the drying process in Albertville in 2015.

Krebs Engineering also pushed for early adoption of other technologies that today are the industry standard. In 1996 the firm included ultraviolet light for disinfection and high-rate filtration at the Skinner Wastewater Treatment Plant in Leeds to meet stringent effluent limits required for discharging to a waterway, which is also a water source for the City of Birmingham. They also incorporated membrane filtration for production of potable water in Alabaster in 2006.

The W. Warner Williams Water Resource Complex in Opelika, developed by Krebs Engineering, was inducted in the Alabama Engineering Hall of Fame in 2015. The nationally-recognized water resource complex enables the treatment facilities to consistently surpass all required drinking water standards.