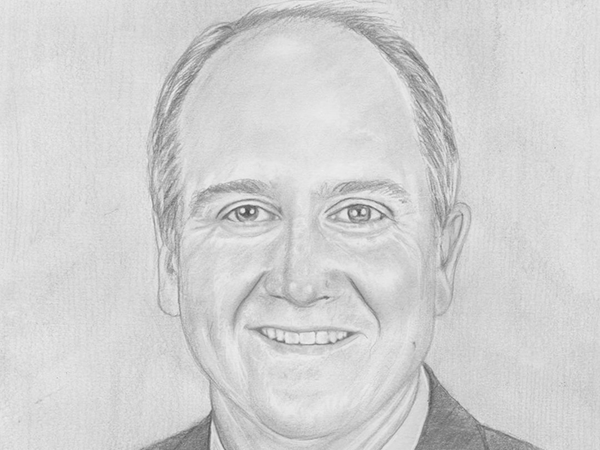 William “Billy” Ball dedicated his career to maintaining and strengthening a large part of the power grid of the Southeastern United States, including Alabama’s residential and industrial customers. Through his engineering and executive service to Southern Company, he was an advocate for a reliable and secure bulk power system by leading efforts to increase cooperation among utilities as well as a respected voice on national transmission policy.

He retired in March 2019 after nearly 32 years with the Southern Company as Executive Vice President and Chief Transmission Officer where he was responsible for planning, design, policy, pricing methods, construction, operation, and maintenance of a system that included 2,700 employees and more than 27,000 miles of transmission lines in Alabama, Georgia, Mississippi and – until the divestiture of Gulf Power on Jan. 1, 2019 – Florida.

Ball’s career at Southern Company began in the cooperative education program while in college. He earned a bachelor’s degree in electrical engineering from Mississippi State University, and later, a masters of business administration from the University of Southern Mississippi.

In 2010, Ball was named Chief Transmission Officer and began to lead efforts to continually improve the reliability and resiliency of the Southern Company’s transmission system. He oversaw almost $7 billion in infrastructure investments during his tenure. He was instrumental in the development and implementation of Smart Grid technologies, including a new Energy Management System and Power Coordination Center.

Preparation for natural disasters was key during Ball’s time at Southern Company. He was part of the leadership team that directed an outstanding response to historically devastating disasters in 2005, when Hurricane Katrina devastated the Gulf Coast, and after the 2011 tornado outbreak that heavily impacted Alabama.

Throughout his career, Ball brought together key players in the industry to seek better paths to serve customers. Through his strong relationships with leaders in the industry, Ball helped build the momentum and consensus necessary to form the Eastern Interconnect Data Sharing Network in 2014, serving as its first chairman.

He similarly took a leadership role to help spur the formation of the North American Transmission Forum, which promotes excellence in the reliability and resiliency of the electric transmission system in the U.S. and Canada. Ball served as NATF chairman in 2011.

In addition, Ball helped establish a 2016 partnership between Southern Company and other large utilities to enhance the resiliency and reliability of the power grid. The partnership, known as RESTORE, expanded the sources for obtaining critical equipment following disaster events.

Ball also left a mark in state and federal regulatory proceedings and industry conferences to advocate for public policies that benefit customers and communities. These included, among other forums, Congress, the Federal Energy Regulatory Commission, Department of Homeland Security, and Department of Energy.